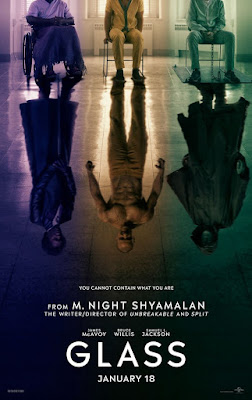 Glass had an interesting concept with a fairly intelligent idea, and theoretically would have made a fascinating conclusion to this unexpected trilogy, except that M. Night Shayamalan is not really a good writer or a director. He has ideas - that is undisputed - but he is just unable to effectively direct and write a psychological thriller that relied heavily on four people talking in rooms.

And, mind you, this film was most closely related to a psychological thriller, and not a superhero, action flick - so do not expect to see any Michael Bay-esque or CGI-heavy sequences - which was both a bane and a boon to the film. It allowed Shayamalan to focus on story-telling but just not as effectively as it could have been.

James McAvoy remained the main draw for this franchise, reprising his magnetic turn from Split. Bruce Willis, on the other hand, did not appear to be as invested in his character any more, and simply walked through the film in a fixed, stoic glance. Then we had Samuel L. Jackson who really has been just collecting paychecks being Samuel L. Jackson, but at least here his maniacal glee was put into good use as a maniacal evil villain.

New franchise actor Sarah Paulson did not have much to do. Lots of exposition and talking but never did she appear to be anything more interesting than what she appeared. And this was true all the way to the end. She looked and felt like almost every other character she had played on American Horrot Story.

Returning actors Anya Taylor-Joy, Spencer Treat Clark (all grown up now and Werner von Strucker from the MCU), and Charlayne Woodard had precious little to do other than to anchor the three main characters. At least Taylor-Joy had more of a narrative purpose.

The film could have been tighter with a less indulgent second act. It could also afford to lose the epilogue. All that would have made the climax more intense and the ending more powerful. Shyamalan really just need to control and edit himself. His core audience are geeks, they are generally not too daft. 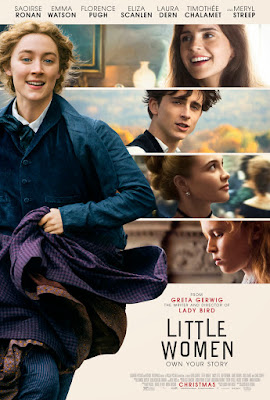